WHY NOT ACADEMY PRIMARY SCHOOL: THE SECOND FLOOR

The Why Not Junior Academy was implemented in 3 different design and construction phases. The local association and the group of teachers in fact started from a small school project that over the years has grown and consolidated.

The enrollments were initially 60 while currently the school accommodates 240 students who attend 2 kindergartens and 8 primary classes. It was therefore necessary to expand the school to accommodate the children of the neighborhood in new classrooms. In addition to the kitchen equipment for the canteen service, a computer lab has been set up. The school has in fact begun to carry out numerous extra curricular activities, it has started a tailoring for women and a talent academy for a childrens; the school manages basketball and soccer championships; and hosts a church on Sunday.  For this reason it was necessary to study large classrooms, divisible when is necessary, to satisfy the strong need to have multifunctional spaces.

From an architectural point of view the curtain walls on the second floor were made of bamboo on the outside and on wooden boards inside, while the windows and doors were built with a wooden frame and bamboo infill. All materials were found on site, mainly in informal neighborhoods; and also the workers employed for the construction of the iron balustrades are local artisans. The cypress wood of the supporting structure was bought at 4 km from Mathare, and the bamboo come from the Kenya Forestry Research Institute (KEFRI). The expansion on a second floor had already been planned at the beginning of the construction site. During the work the school courses remained active and for this reason it was decided to build the attic of the first floor and then to dismantle the roof. The construction site thus set up allowed us to build the entire structure from inside the second floor. 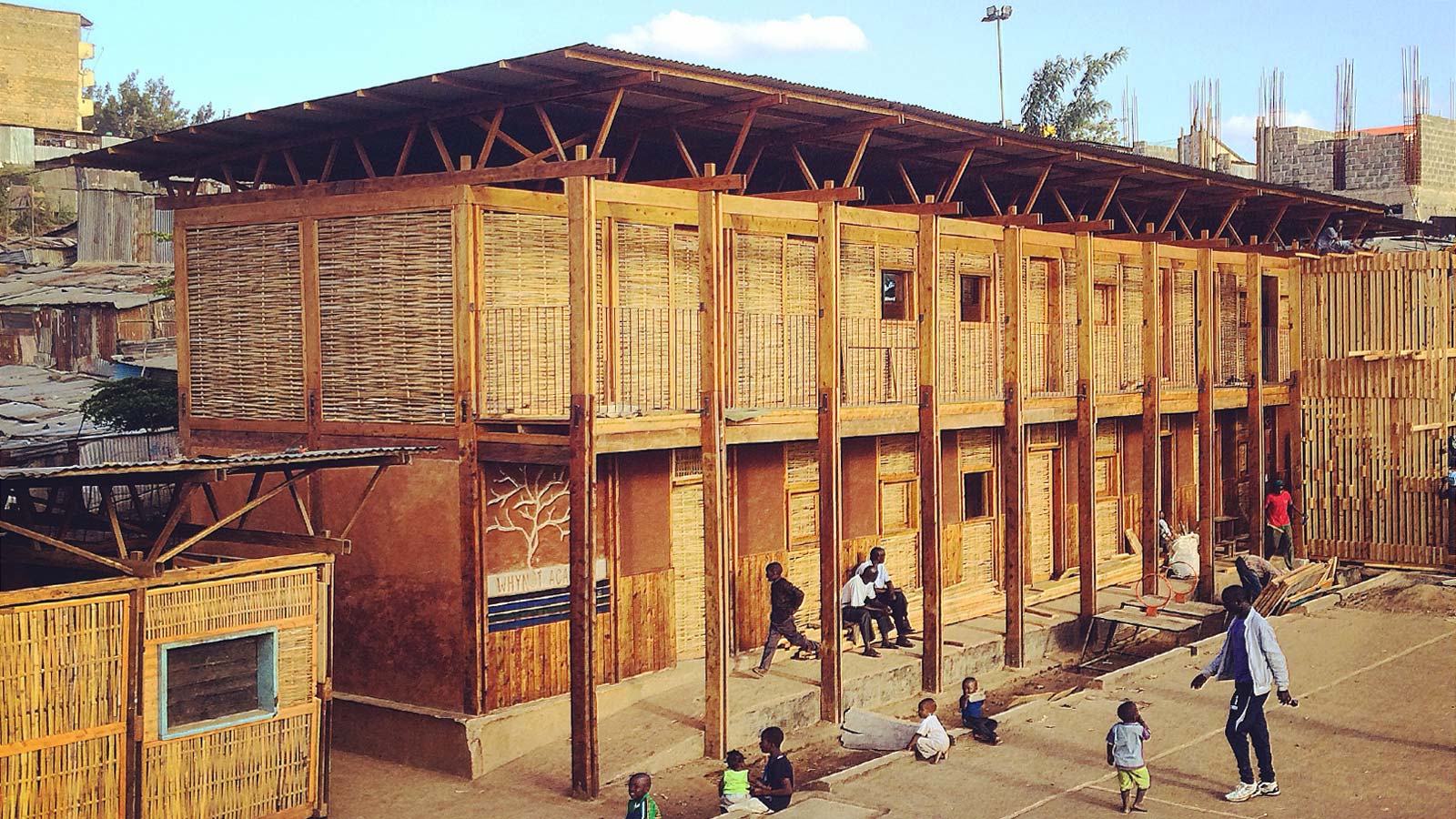 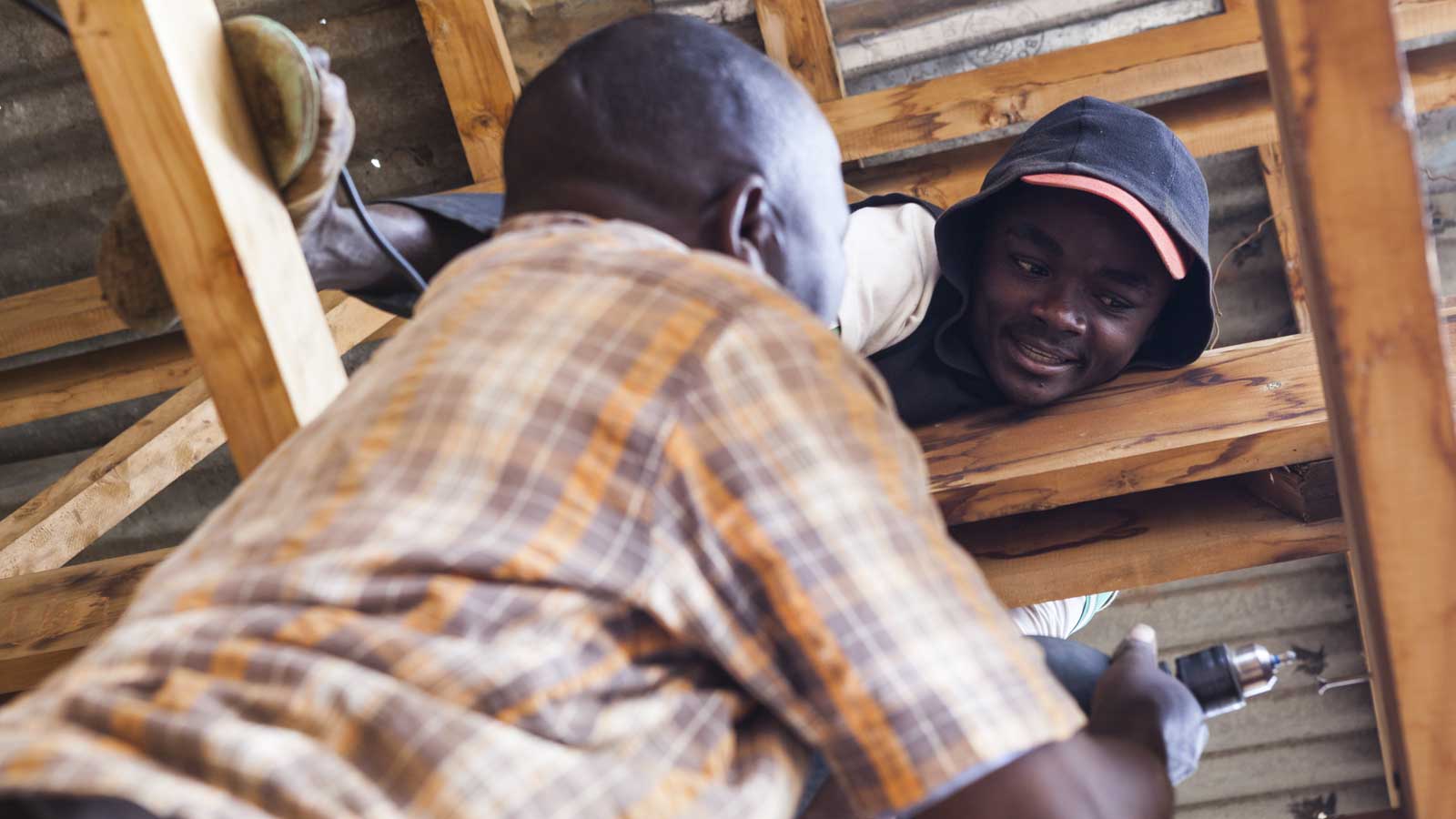