Since the beginning of the conflict, many people have mobilised to support civilians during the emergency in Ukraine and to help people fleeing to Poland, Moldova and Romania. After the success of the initiative 100 Photographers for Bergamo, together with the magazine Perimetro we are back to promoted a new social initiative and reactivate the world of photography. United Photographers 4 Ukraina was a new call for action to donate an image that can be purchased online for €100, the proceeds of which will be donated to support the aid network in Ukraine. The operation, coordinated by the community magazine Perimetro and the non-profit organisation Liveinslums, involves some of the most important names in contemporary Italian and international fashion, art, architecture and portrait photography. Among them there are Maurizio Galimberti, Toni Thorimbert, Lady Tarin, Mattia Zoppellaro, Luca Locatelli, Jacopo Benassi, Valentina Sommariva, Francesco Anselmi, Benedetta Ristori, Mario Sorrenti, Federica Sasso, Francesco Jodice, Gianpaolo Sgura, Davide Monteloene, Maria Chiara Macrì, Guido Harari, Delfino Sisto Legnani, Carolina Amoretti, Brianna Capozzi, Sam Rock, Quentin De Briey, Mert Atlas.

The campaign achieved the extraordinary result of € 150,000.

With the funds raised, it supported the Kiev Children's Hospital (Ohmadyt), the largest in the country which operated in very serious conditions to assist the wounded, and the Ukrainian Red Cross which provided medical assistance in areas of the country under military attack and protection. to refugees in border areas in the west of the country (Prochowice); the mission of Doctors Without Borders active in Odessa, Lviv and Bila Tsverka; l transport of drugs directly from Italy. 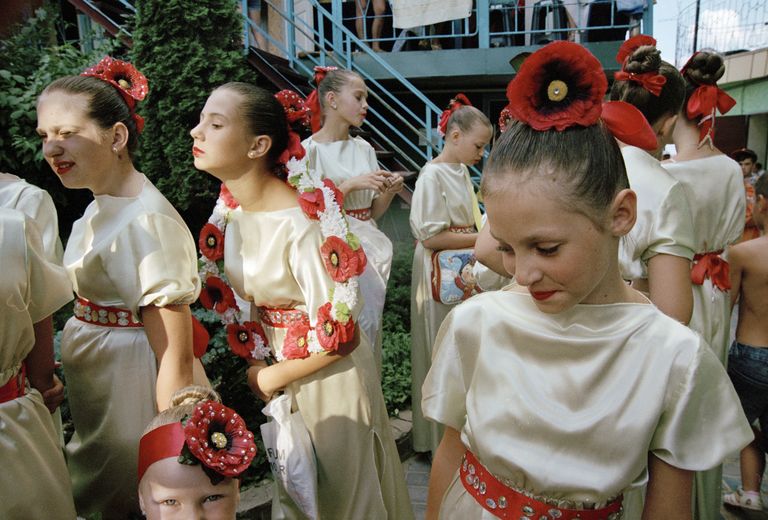